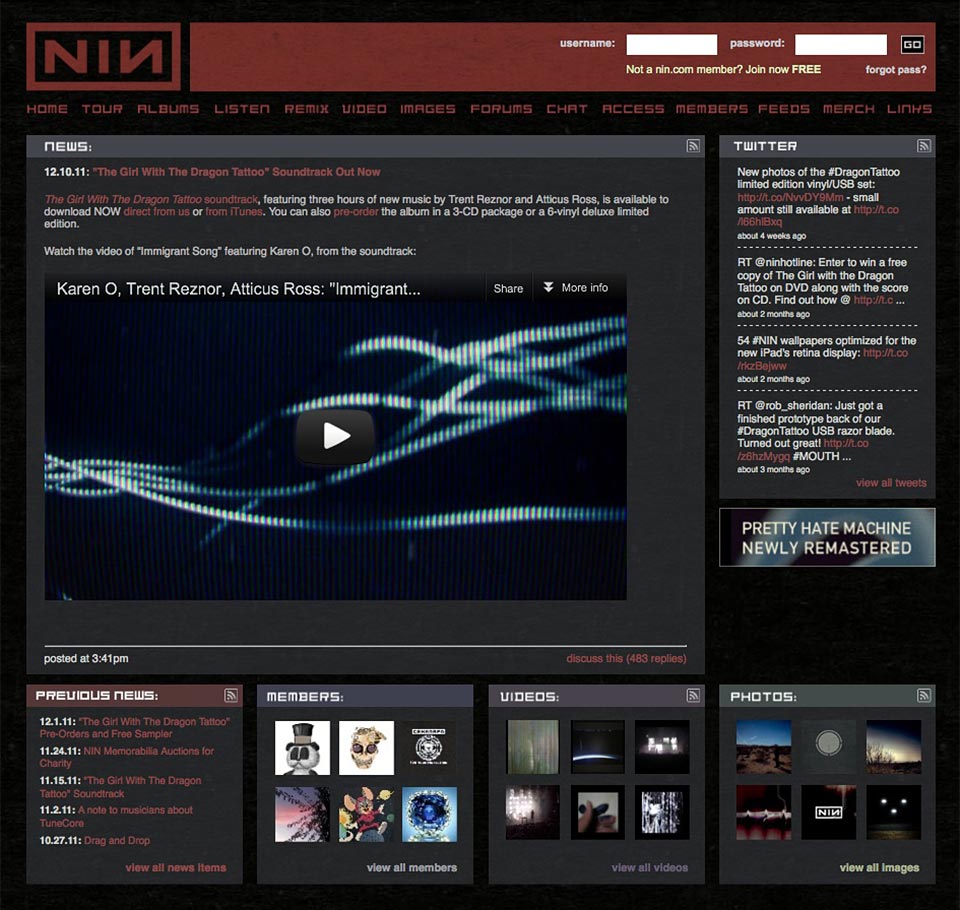 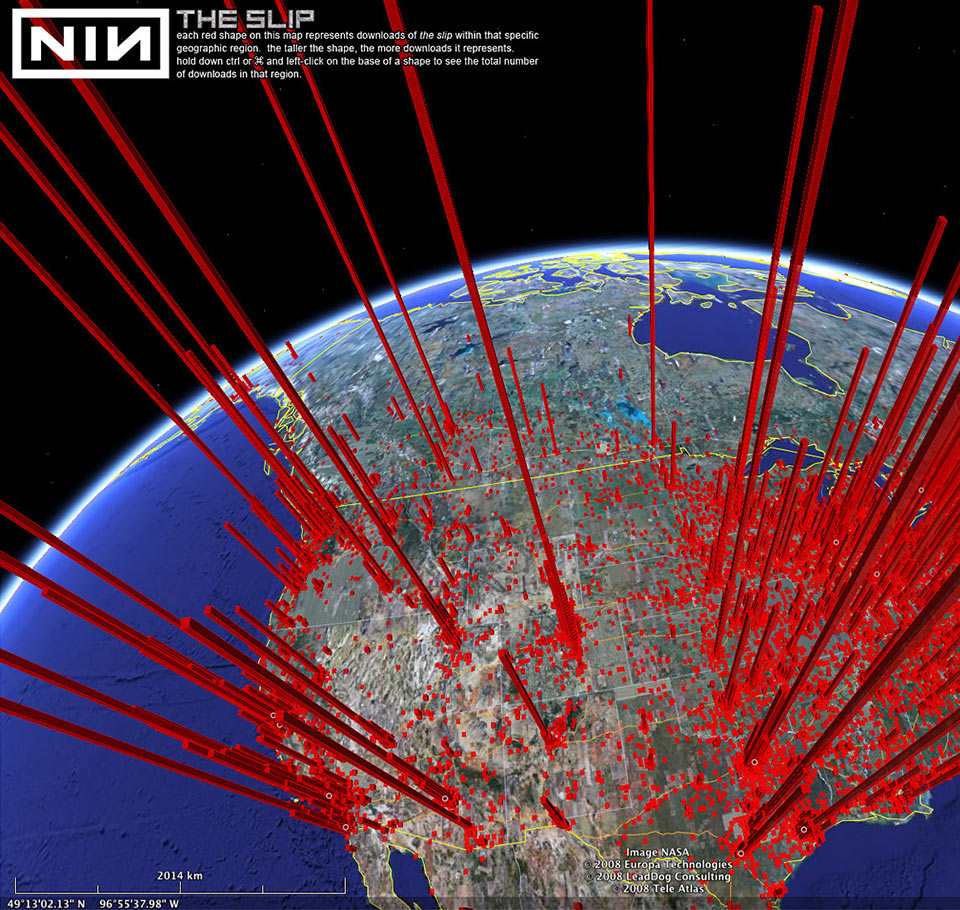 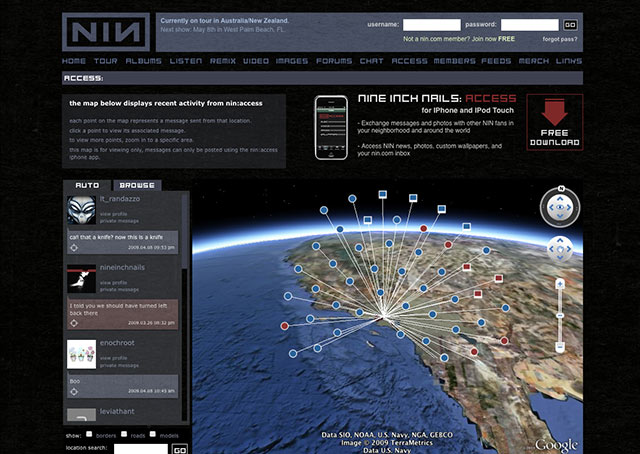 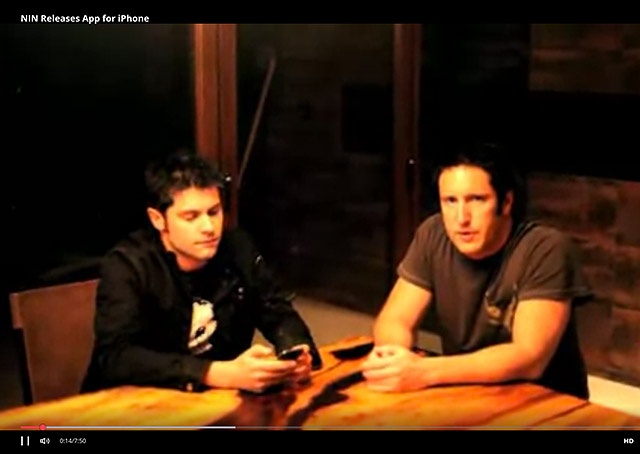 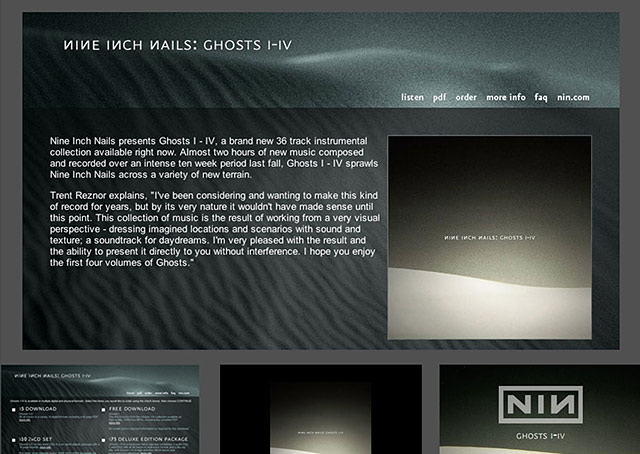 Remix.nin.com. Fans are granted access to over 25,000 full-resolution audio tracks for remixing, uploading and voting. A unique algorithm displays content in a Flash interface.

Tour.nin.com. Users track the band while on tour using Google Earth Media. A simple way for fans to upload tour images they capture by integrating with their YouTube and Flickr accounts.

Forum.nin.com. One of the most popular sections of this community-moderated experience, fans fully engage with each other.

Access.nin.com. A GPS-based feature, Nearby, allows fans to see other fans in their vicinity.

To coincide with the album release, we used Google Maps to create a real-time visualization of user download activity around the world. The site was so popular that website traffic peaked in excess of 4GB during downloads of the album.*

*That’s a lot of traffic. Trust us.

Client Work. Lab Work. Nothing but the good stuff: